Are you a casual observer of outer space, or a hardened space marine? Do you enjoy saving aliens, and being a help to the galaxy, or are you an opportunist with no reverence to the law? Whether it be mining asteroids, space trading, or protecting the galaxy, Odyssey 3011 will scratch that itch! 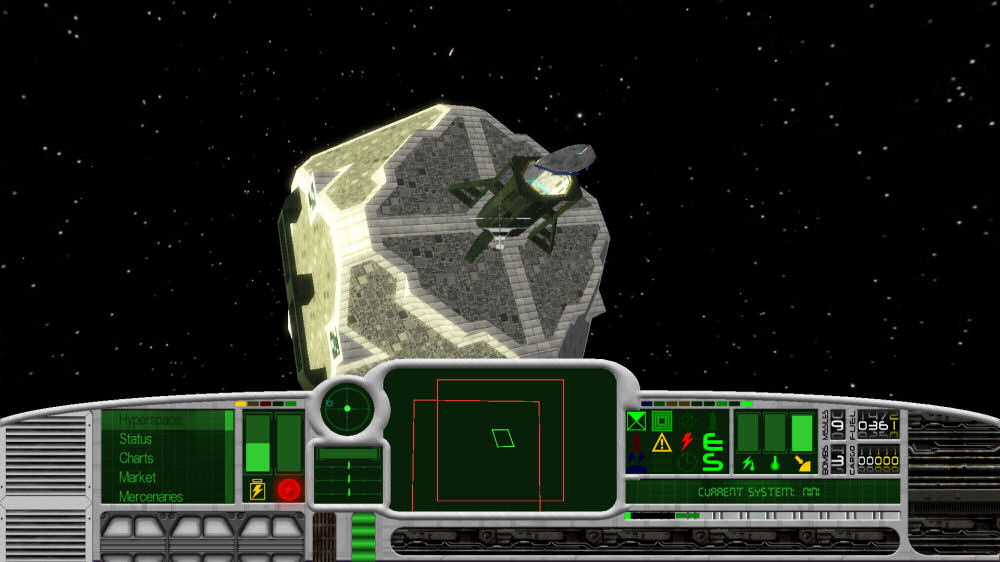 Odyssey 3011 is an Elite clone, or interpretation, not based in the same world or with the same characters, but the same general idea. This alone would interest us over here at the Sci-Fi Hub, but add to that good graphics, and gameplay that is both mighty challenging, rewarding and fun, and then world building which invites comparisons to Douglas Adams' Hitchiker's Guide to the Galaxy, and you have 8-12 hours sunk in before you know it. And if you are anything like me, you won't be anywhere near solving Odyssey 3011!

For those who are not familiar with the concepts of Elite, it is basically an entire galaxy which is procedurally generated. At first this may sound farfetched, or not particularly interesting, but it's not entirely like that. It's not a random seed, but a chosen seed that the developer decided upon early in the development process. This means planets you find, alien races you encounter, and trade routes you favor, can all be shared and discovered within the community. The relative hostility or danger of a territory is usually linked to their government. The more democratic, the less dangerous, generally speaking, unless there is some kind of event going on there, or you are wanted for some crimes. Staying alive before you begin to upgrade your ship is a major challenge this game provides, so be prepared to fight for your last space breath. The rewards are sweet. 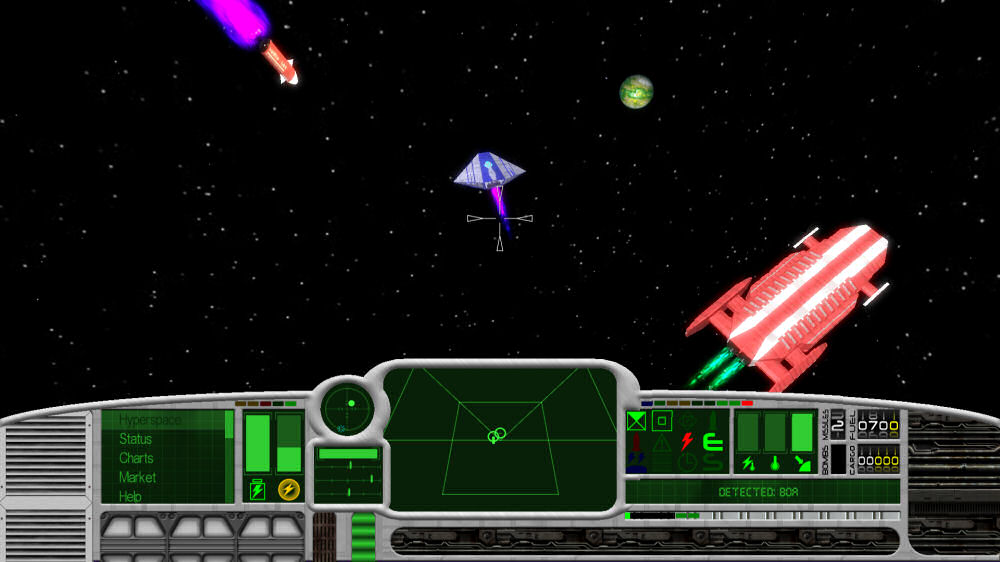 Graphics:
The graphics in Odyssey 3011 range from good to absolutely exceptional. At first you'll find yourself wondering when the next space station will look exactly like the last, or the next planet and sun configuration will be all too similar to one already visited. These fears are unfounded! Odyssey 3011 does an excellent job of not repeating itself and having lots of unique docking stations and random stuff to see. The glorious power of the random content generation is site to behold, so try to break out of the mundane early and check out the galaxy. There's a great many ships to see, and each have their own shapes and textures associated with them, besides individual stats. This is all presented against a beautiful black spacey background. You'll see a lot of this as you are learning to travel from system to system, especially before you get the hang of this game's fast travel system, and upgrade your ship's engines. The GUI as you'll see below is another feature of this game that I really enjoyed. I don't have the best eyes, so when a game is easy for me to read, I'm impressed. It's also presented in a sleek, minimalistic way, which hearkens back to the humble roots of the Elite franchise. Just be ready for a lot of green. 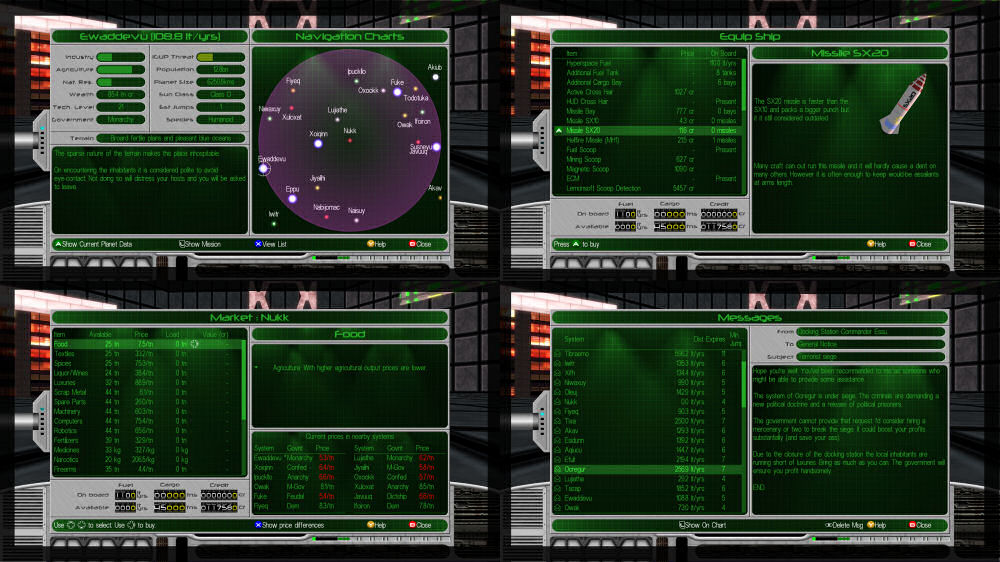 Gameplay:
As already mentioned, this game will challenge you right from the get-go. It's a tough galaxy, but a rewarding one if you can get past the initial hump. You'll have to choose your upgrades wisely at first, since it will have more to do with you immediate survival. Want another pair of those hellfire missiles? They'll cost you a pretty penny in the beginning, when you don't have a credit to spare. There's always a way to make money though, so don't be afraid if you appear stranded, as that can happen. (Hint: Go mine some asteroids). As you progress, and your ship/you gain a reputation, aliens will begin messaging you to enlist your help. If you choose to help them, the rewards are often amazing, but the risk can be too great. This is where the randomness can occasionally backfire on you if the message is too dangerous, or sends you into a territory your ship isn't equipped for. My advice is to wait for another message, as you probably won't be able to answer them all anyways. The messages themselves can be quite humorous, also of a random nature. Something that is certainly worth noting is the controls may take some getting used to if you don't modify them yourself. I have my own personal preference which mirrors a FPS, but your taste may vary. If the controls bother you, experiment with them early and often. The space combat is tricky at first, but the basic AI's aren't that difficult to predict once you get to know their behaviors. From there you can usually out maneuver them or use raw firepower if you have it. Just watch out for space collisions, which do happen. 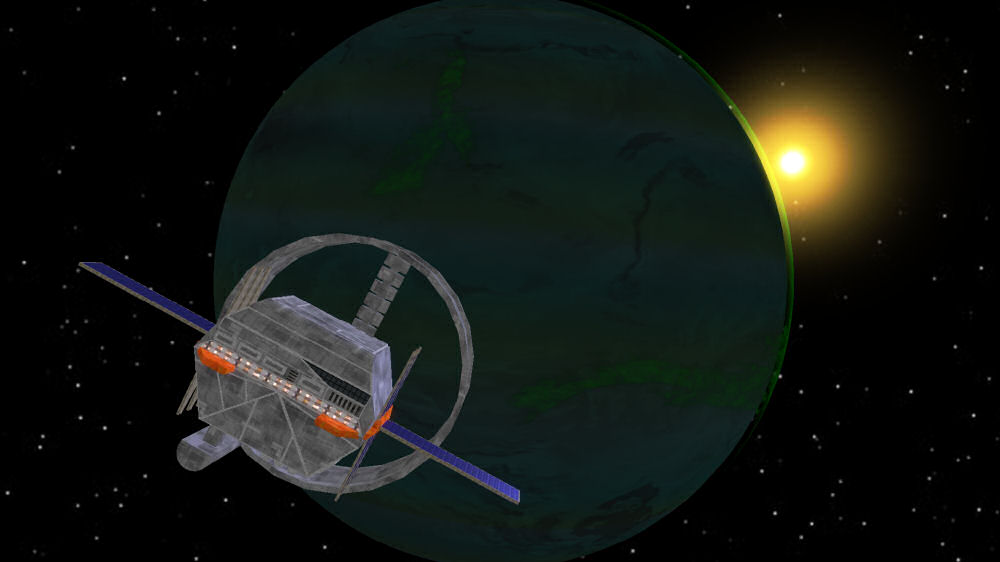 Sound:
The music in Odyssey 3011 is some of the best, most classic music you have ever heard. That is because it is actually classical music! (haha, I made a joke). Seriously, though, the music is exceptional and the game offers 3 modes of play, on, off and occasional which seems to play more like 33% of the time. All of these modes are nice, but sometimes I just want it 'on' all the time. The effects are all perfectly suited to this genre, so you'll be right at home before long, exploring space as you like to do!

Sci-Fi:
Well, this is the tough part where we really break down if this game is delivering or not. First and foremost, we want to see delivered good science fiction world building. That means alien races, planets, a whole galaxy that we want to see and believe in. This game does deliver that, but in an unexpected variety with the randomness. To think that this is all based on one random seed can almost justifiably cancel what you really think sci-fi is! It challenges the whole idea of storytelling to the core. But when you consider that this was all algorithmically bent to seed the game in a fleshed out way, around the developer's own unique ideas and perspective, I have to applaud the effort. Simply put, this developer's games, worlds and ideas are fun to witness and deserve our applause and understanding. Check back often for information on interviews or updates on this game, as this world comes into our understanding. These fundamental questions are the biggest things keeping Odyssey 3011 from being a perfect 5/5 for the indie marketplace.